My Why [Alumni Edition]: Wesley

Over the last few days, I’ve been trying to find the best way to summarize my time at the Light of the Village. I wanted to give anyone who reads this the Cliff’s notes version of my six-year experience and hopefully inspire them to get involved. Just know this: God does not call the prepared, He prepares those He calls.

I moved to Mobile to join my sister Katie at the University of Mobile in 2010. I had played college basketball previously and wanted to continue my athletic career, but sometimes things work out a bit differently than we plan. Katie’s roommate, Morgan Carnley, asked me if I would be interested in volunteering with the after-school program at LOV, and honestly I was hesitant to go. I wondered what difference I — a guy from a small Alabama town — could really make. Against my own hesitations, I agreed to help out.

From the moment I arrived on campus, all of that fear disappeared. As soon as you leave your vehicle at any program at LOV, you are approached by at least 10 to 15 kids just waiting for your arrival. They are all shouting “Pick me up! Push me on the swing! Play catch with me! Let’s play basketball/football/hide and seek/tag!” You really do not know how much something as simple as playing catch means to these kids. The fear I had previously felt was replaced with hope, joy, and love. I knew this was where I was meant to be — God prepares the called. 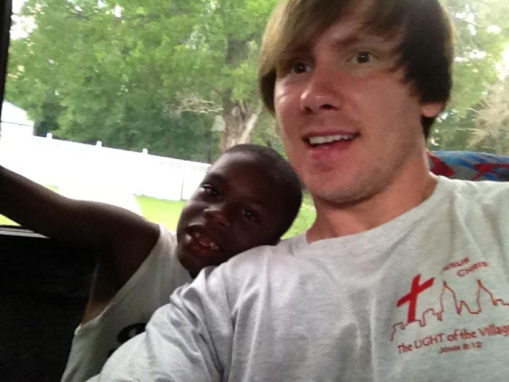 The first kid I ever met was Jarret, a.k.a. “Drinkin’ Bubbles”

After my first year of volunteering, Morgan and Dolores (a.k.a. DLo, as the kids know her) asked me if I would be interested in coaching a basketball team since I was no longer playing on a college team. After putting on a few summer basketball camps, I felt we could definitely start something special for these kids. I still doubted if I could really make a difference, but God prepares those He calls.

God always has a greater plan than you can ever imagine, and He always remains many steps ahead. I am just an average guy from a small town who God used for the Light of the Village. I loved every minute of coaching the kids and wish only the best for each of them. I still miss the van rides, hearing the kids freestyle, the crazy dance parties that had the van shaking, the first few practices where I got to meet the new kids, and seeing the alumni (kids who have been through our program and have become successful). I still miss it all.

I could never thank Mr. John and Mrs. Dolores enough for the opportunity to serve as the basketball coach for the Light of the Village Lions. For everything you do at LOV, and being a living example of Christ every single day, I am so grateful. Many people are not up for the challenge, but John and Dolores are. They have setbacks, like everyone else, but that never stops them from moving forward. Even outside of basketball they have been family, and have been with me through both good and bad times.

If you’re reading this and are interested in volunteering, all you have to do is show up. God will take care of the rest. To quote Mr. John, “God doesn’t need my ability, he needs my availability. God may call us to some strange places, and when he does, don’t ignore it. Explore it.” 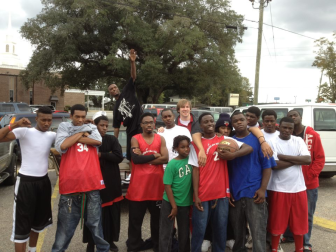 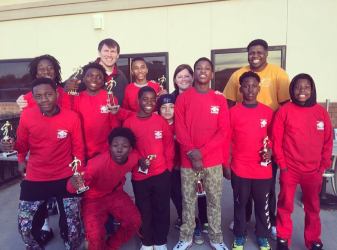