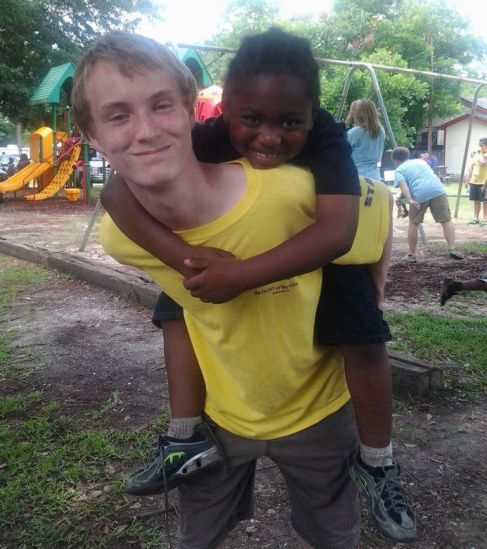 My name is Erik Hicks, and I am currently a sophomore majoring in nursing at the University of South Alabama. Back tracking a little bit I would like to talk about an experience that has affected my personal growth greatly. In 2007, at the age of twelve, I lost my father in a car accident. Instead of choosing famous people or fictional characters as heroes, I looked to my dad for guidance and acceptance. His death shook me to my core, and only one other experience in my life has come close to affecting me as deeply as his death did. Because of my loss, for the longest time I had difficulty opening up to people due to the fear I had of losing more loved ones. Only recently in the past two years have I truly began to make headway in overcoming this fear.

While I did have to mature quickly after my father’s death, I am glad to say there has been a positive side. I have discovered myself as a person and learned to accept my positive and negative quirks. That’s not to say I don’t do things that I occasionally regret, make mistakes, or learn new things about myself. It is the fact that I can accept these things, learn from them, and then move forward that makes me believe I know who I am.

I believe the biggest positive of my father’s death has been my slow but necessary growth in Christ. After living through that nightmare in 2007, a lot went through my mind. For the longest time I hated and blamed God; after a while I just stopped believing in him altogether. I mean after all, how could God exist if my father, an innocent and righteous man, was taken from me. Then as time passed, my childhood ignorance turned into Christ-filled understanding. God does exist, and He didn’t kill my father. I now know the man driving the other vehicle was the one who took him away from me. Some would say, “Well duh Erik, it took you this long to figure that out?” I would gladly tell them yes, because for the longest time I viewed God in an ignorant fashion. To me God was an almighty creator who could do anything and everything he wanted. This is of course true, but I forget one important detail: choice. I now understand that I have free will and that with this freedom comes responsibility. I can no longer make excuses for my actions, for they are my own. God does not want to force us to be obedient. He loves you, me, and everyone else so much that he allows us to choose our path.  Death is certain; it is the choices we make that are not set in stone. I used to fear death, but no longer for I know I am a child of the one true King, and I seek to be obedient to Him. Why? I love him, and after all, isn’t obedience one of the greatest ways to show love for another? To be selfish is easy; to deny one’s own sinful nature and live for a higher purpose is not.

It is for this end that I am at Light of the Village for Summer Bible Camp: to show sacrificial love. I love children and their innocence, eagerness, and energy: characteristics we should all exhibit in our walks with Christ. I view this internship as not just a way to earn money or to reach out to the kids, but as a learning experience for myself. I could find a job elsewhere for the summer, but I do not find this idea very exciting. I have had jobs before that have been nothing to me except a means to an end, money for my own selfish wants and desires. I am at LOV for Christ and His children. This week has been challenging but worth it. Bring on another week!

One response to “Erik: Choosing Love”